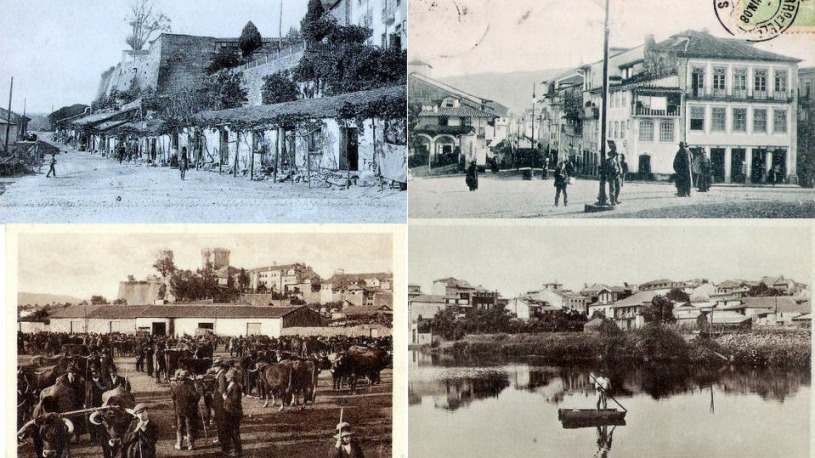 The origins of our city date back to prehistory, to the Paleolithic period, as the archaeological evidences show, among which are the petroglyphs, the megalithic constructions and the remains of the ‘Castro Culture’ that existed in the northwest of the Iberian Peninsula between the tenth and the eighth centuries BC.
Subsequently, the Celts also settle in the region, leaving their legacy.

However, it is during the Roman domain, whose legions arrived to the Peninsula in the third century BC, that our land knows a prestige that marks its history to the present day. The privileged geographical location of the land, along with its thermal waters of rare properties, are major factors for the achievement of the municipium status, in addition to the title of the ruling family – Flavia. Thus, Ad Aquas is renamed Aquae Flaviae, hence the name of its inhabitants – flavienses.
During this period, important public works are carried out, such as the ex-libris of our town, the Roman Bridge or Trajan’s Bridge, as it dates from the time of this emperor, through which the «Via Augusto» passed, linking Bracara Augusta (Braga, Portugal) to Asturica (Astorga, Spain).

After the invasions of the barbarians, in the fifth century, and the Arabs, in the eighth century, Aquae Flaviae gradually loses the importance achieved in the Roman Empire. Therefore, at the time of the Christian reconquest, when Alfonso III, King of Leon, conquers Chaves, it needs to be rebuilt. The monarch entrusts this mission to Count Odoário, to whom is attributed the primitive building of our castle. However, the region would once again fall under the Moorish dominance.

Alfonso VI of Leon and Castile reconquers the town of Chaves and includes it in the dowry of Princess Teresa, when she marries Henry of Burgundy. This way, the region becomes part of the County of Portugal.

Around 1160, Chaves incorporates the Portuguese territory, thanks to the heroic performance of the brothers Rui and Garcia Lopes, knights of Afonso Henriques, whose remains lie in the church of Santa Maria Maior.

After the reign of Afonso III, the place name of Chaves is fixed and there are undertaken important works in order to regain some of the former glory of this region, such as the Keep of the castle, in the time of D. Dinis.

When the crisis of 1383-1385 ends, the recently crowned João I decides to donate the town of Chaves to Nuno Álvares Pereira, in gratitude for the services rendered. In turn, the Constable offers the town of Chaves and its castle to his son-in-law Afonso, the illegitimate son of the monarch and the future 1st Duke of Bragança. For this reason, our city is considered the birthplace of the ‘House of Bragança’.

In the reign of King Manuel I, the village receives a new Charter and ‘Misericórdia de Chaves’, where the first hospital would function, is established.

After the Philippine dynasty, in the times of the ‘Portuguese Restoration War’, relevant works of fortification are undertaken, such as the Forts of S. Francisco, S. Neutel and Madalena. There are also built the Guard Barracks, the new Hospital of ‘Misericórdia’ and the convent of the nuns, where Liceu Fernão de Magalhães works since 1943. The economic life is enriched by cattle markets in ‘Largo do Tabolado’ and the market in ‘Largo do Arrabalde’.

In the beginning of the twentieth century, after the troubled times of the Spanish and French invasions and the Portuguese liberal wars, Chaves starts to grow and becomes an urban centre of reference. This way, it is elevated to the category of city in 1929, on March 12th.